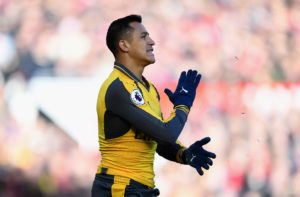 Leading up to Arsenal’s terrible one-one draw with Manchester United at the weekend, star man, Alexis Sanchez had picked up a thigh injury. The injury had ruled him out of Chile’s game against Columbia but did play against Uruguay even though Wenger called his inclusion in the team ‘suicidal’.

Sanchez declared himself fit after the game and subsequently was included in Arsenal’s team which faced Man U. Wenger has since praised Sanchez’s ability to play despite picking up an injury, as reported by Arsenal.com. 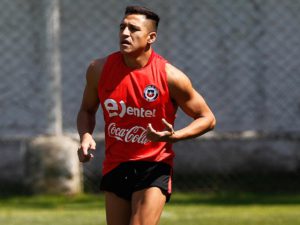 ‘It’s very unusual [to play someone after that]. I chose him because Alexis is a guy who can take people on and I knew that would be a quality that would work. He is good on the counter-attack, good in short spaces as well. He’s always a player who is not scared of anybody.’