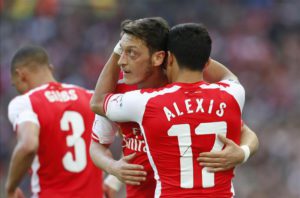 Arsene  Wenger has insisted that money should not be the only factor in Alexis Sanchez and Mesut Ozil signing new deals with the club. As per Standard Sport, Sanchez and Ozil both are apparently holding out for deals which would put them among the highest-earners in the League, such as Paul Pogba (£290,000-a-week), Zlatan Ibrahimovic (£260,000-a-week) and Wayne Rooney (£250,000-a-week).

Arsenal’s two top earners, currently sit on salaries of £150,000-a-week (Ozil) and £140,000-a-week (Sanchez), albeit Arsenal have indicated that they are willing to up their pay to the region of £200,000. Moreover, Arsene Wenger believes that both players to look at other factors outside the offered financial packages. 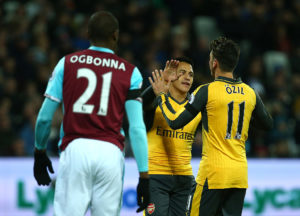 ‘I would like to say the luxury of the modern game should be it’s not only about the money, because the players make anyway wherever they play good money at this level. ‘