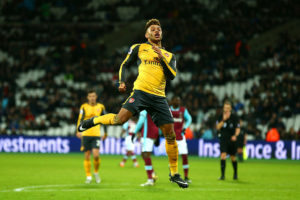 While Theo Walcott is experiencing a career renaissance, Arsenal’s other winger, Alex Oxlade-Chamberlain is having a somewhat inconsistent season. The England international had lost his

The England international had lost his place to Alex Iwobi earlier in the season but has regained it in the last few weeks. Wenger has had plenty of options in his midfield this season due to the emergence of Iwobi, the signing of Lucas Perez in the summer, while also playing Aaron Ramsey on the wing.

Arsenal legend, Ian Wright, however, believes that Oxlade-Chamberlain needs to start more often to build his confidence up, as reported by the Express. 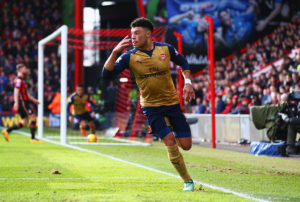 ‘I’ve got to say the Ox was very good today [against Stoke yesterday]. Really good. He played fantastically well.’

‘I’m really pleased to see him get in a little bit of a run at the moment. He played very well last week against West Ham. He seems to have continued the form. What I’d love to see is for him to actually get a good run in there.’

‘He seems to be the guy who’s always left out or taken off, whether he’s playing well or not and I’d love to see him get a run. That’s what I think that the Ox craves’