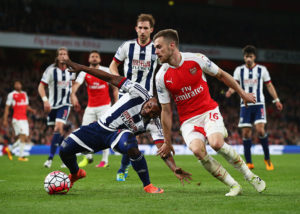 Arsenal’s title hopes took a miserable beating within a week, as the Gunners imploded for the second time in a week having led the game, Manchester City being the destroyers-in-chief this time around. It’s not long ago since we were all talking about the difference between the Arsenal of the past and the Arsenal of the present, not now, however. The familiar moans about the ‘Same Old Arsenal’ are back again and the mood at The Emirates Stadium has changed from that of a place basking in the glory of the Gunners to a crematorium mourning the death of the title hopes, which may yet prove to be an overreaction.

Whether it’s the same old Arsenal or not, is surely up for debate but we would surely be on the hasty side if we were to write Arsene Wenger’s side off the title race, especially if you look back at the past seasons and see how well have they done post the new year every season. Consecutive defeats are, without a shadow of a doubt, a setback in the North Londoners’ title chase, though not necessarily an end to it. If Arsenal could drop down from first to fourth in the space of a few days, there’s every reason to believe that it could happen to others too, after all, this is the Premier League. 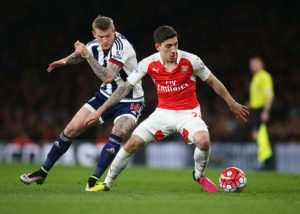 Starting with West Bromwich Albion on the Boxing Day, Arsenal have as many as six fixtures, which should ideally be won to put the season back on track, but let’s not go that far at the moment and focus on the Boxing Day face-off with Tony Pulis’ Albion. Crudely put, it’s not really the kind of game one we’d expect to win, especially with the kind of rough patch that Arsenal are going through. They’ve been failing to find any sort of fluidity going forward while Shkodran Mustafi’s absence has further affected the balance of the team.

Needless to mention, that is something that West Brom will have an eye on. They come to North London fully aware that there’s every chance of Arsenal blowing it away yet again if they manage to frustrate them. Remember, 11 men behind the ball is always an approach that works with an out of form Arsenal, for they just can’t maintain their calm when in such situations, and even more so when a win is needed at any cost.