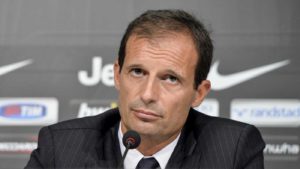 As Arsene Wenger’s Arsenal tenure nears its eventual end, the rumours are expected to do their fair share of rounds until the Frenchman either signs a new contract or someone else finally takes over from him.

The question here is: Who might that someone be? While most of the sources close the club have confirmed Eddie Howe as a prospective replacement, The Sun’s Alvise Cagnazzo has dropped a bombshell by revealing Max Allegri as a leading candidate for one of London’s top managerial roles.

However realistic (or unrealistic) may Max Allegri’s appointment be, just the thought of it is exciting enough. If there’s any truth to this report, Arsenal are in for quite a package.