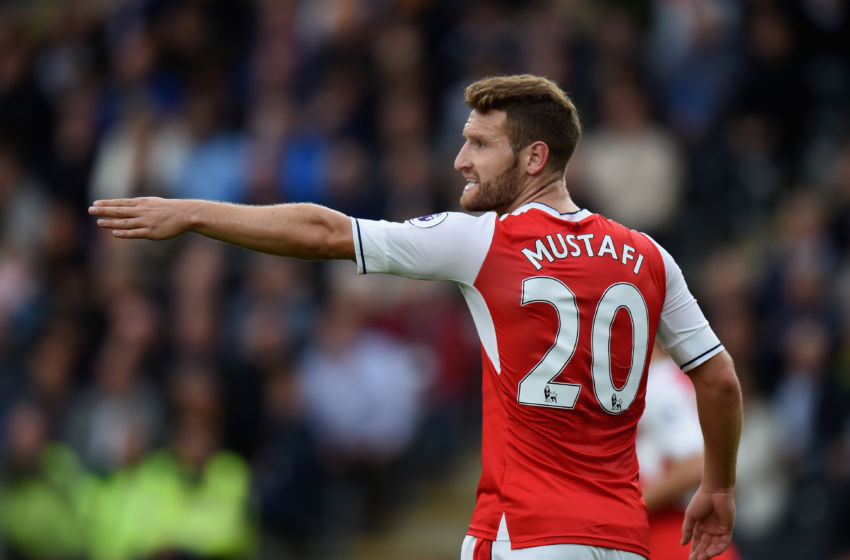 Arsenal welcome back one player for Sunday’s match against Crystal Palace on New Years Day.

Gunners boss Arsene Wenger has confirmed that Shkodran Mustafi will make his return from injury after training with the first team squad all week.

Arsene Wenger also confirmed that Kieran Gibbs will be out due to a knee injury. The left-back picked up a knock at the end of the West Bromwich game and had to be replaced by Nacho Monreal, although Wenger told Arsenal’s official website that it should be a minor problem.

Theo Walcott will also miss the game with a calf injury but could make a return soon, while Danny Welbeck has returned to training but will not be back for some time.

Alex Oxlade-Chamberlain will rejoin training on Saturday but he will be short come the game against Sam Allardyce’s side.