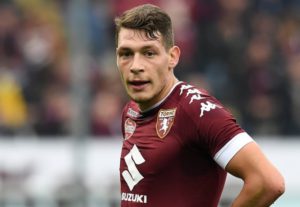 Arsene Wenger is apparently scouting on Torino star, Andrea Belotti according to The Sun.

The 23-year-old Italian striker has been in superb form for Torino this season, who due to interest from abroad signed him to a new deal with a €100 million release clause included.

According to the Sun, Wenger was interested in bringing the forward to Arsenal this month but deemed him too expensive, as Torino have slapped a €50 million price-tag on him.

Although he will likely stay at the Turin club, a summer move is very much on the cards, with Manchester United and Chelsea also scouting the forward.