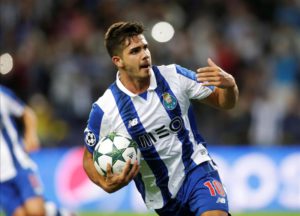 Arsenal are reportedly monitoring two of the most exciting prospects in European football. The Gunners were claimed to have sent scouts out to watch FC Porto duo Andre Silva and midfielder Danilo Pereria in their clash against Moreirense on Sunday.

Lucas Sposito of Sport Witness, (h/t Bleacher Report) reported that the scouts Arsenal had sent out were the only representatives from any Premier League club. The north London club have supposedly been tracking the pair for a long period of time now, with Wenger an admirer of both.

Silva, 21, has netted 11 goals this season for the Portuguese outfit, and he was on target once more in front of the Arsenal officials on Sunday nad has been termed “a pearl of European football”. 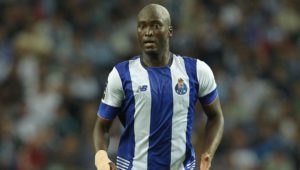 The North London side are also very keen also on midfielder Danilo, who was a key member of Portugal’s winning Euro 2016 side. Danilo can be seen as being very similar to Arsenal’s Francis Coquelin – a defensive-minded, physical midfielder. Both players won’t come cheap, however, as Sposito suggested the release clauses of Silva and Danilo to be £53 million and £35 million respectively.