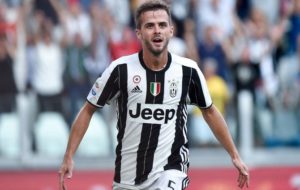 According to TuttoSport, Arsenal are lining up a deal that would see Miralem Pjanic move to the Emirates in a swap for Alexis Sanchez.

The Gunners have been linked with a move for the Juventus for the past few months and it seems Arsenal want Pjanic to lessen the blow of Sanchez’s departure if indeed he does leave in the summer.

Manchester city, Chelsea and PSG have all been linked with a move for the Chilean forward but Juventus have been the frontrunners in the race for Sanchez so far. The Italian giants are ready to put in a serious bid this summer as they want Sanchez to line up with Higuain and Dybala.

With only 18 months left on his current deal, this may be a deal that could well happen.