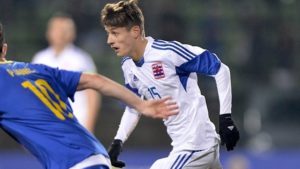 Arsenal have joined Bayern Munich in the race to sign teenage sensation, Vincent Thill, according to talkSPORT.

The 16-year-old midfielder is regarded as one of the best prospects in world football and has already made his debut for French Ligue 1 club, FC Metz. Moreover, Thill became the first player born in the 2000s to score an international goal, when he scored a last-minute winner for Luxembourg in May 2016.

Real Madrid have also been linked with Thill but it is understood that Arsenal and Bayern Munich are the frontrunners for the teenager’s signature.

Metz are reluctant to sell but if a large offer should come in, they would be forced to sell.