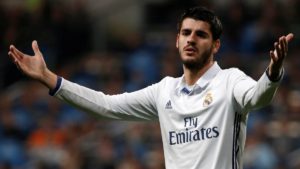 Since his return from Juventus in the summer, Morata has been unable to establish himself in the first-team and has grown frustrated by the lack of game time for Zinedine Zidane’s team. According to the report, Arsenal have already made contact with Morata’s representatives over a potential over in the summer.

It is also understood that Real Madrid club president, Florentino Perez is willing to let Morata leave but will demand a £51 million fee. Arsenal are apparently leading the race to sign so far, however, there are multiple Premier League clubs interest in signing the Spaniard.