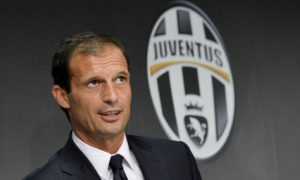 Arsenal are in advanced talks with Max Allegri about replacing Arsene Wenger, though no agreement has been reached yet, the Sunday Express claim.

The Juventus boss has reportedly been the subject of interest from Arsenal over the past few months, especially after the Italian’s bust-up with some of the senior players following their Copa Italia exit.

Allegri now has until March to decide whether he wants to extend his stay in Turin or not, however, as the 49-year old marches on towards a third successive Serie A title, the word that he is unlikely to ask for an extension.

The former AC Milan Manager has apparently had enough of the Serie A and he wants a new project elsewhere, the most favoured destination being England – specifically Arsenal.