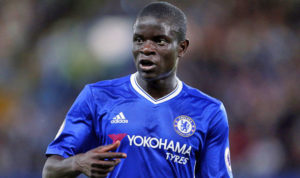 Arsene Wenger has revealed that he tried to sign Chelsea’s star midfielder, N’Golo Kante, he revealed in his press conference today.

Kante made the switch from Leicester City to Chelsea in the summer for a £32 million fee – £2 million less than Xhaka – and has gone onto to become an integral part of Antonio Conte’s squad.

Arsene Wenger revealed today that he did try to sign the 25-year-old international last summer and also when he was playing in France for Caen.

“I tried to sign Kante when he was in France and when he was at Leicester. We cannot explain everything – transfers are transfers – but it is quite obvious when you look at where he has gone.”

“I believe Kante has had a huge impact. It’s no coincidence Chelsea are where they are and Leicester did what they did last season.”