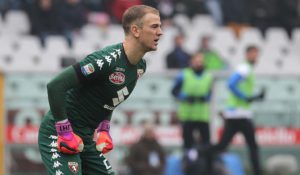 After reports emerged last night that Arsenal were interested in signing Manchester City goalkeeper in the summer, Arsene Wenger has quickly denied the rumours this morning.

Joe Hart is enjoying a solid season on loan at Torino and is heavily linked with a move away from his parent club following the arrival of Claudio Bravo last summer. With Petr Cech turning 35-years-old in May, it was reported that the Arsenal boss would look to freshen up the goalkeeper position this coming summer.

Wenger, however, has completely dismissed the rumours linking Arsenal with Joe Hart.

“I have three world-class goalkeepers and I am happy with what I have.”