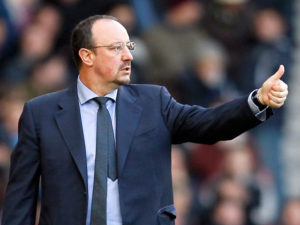 According to the Daily Mirror, Newcastle united boss, Raphael Benitez, is on the shortlist of managers to replace Arsene Wenger.

Wenger’s contract runs out at the end of this season and it unsure if the Frenchman will sign a new one due to the increasing discontent within the fans. With that in mind, the Arsenal board have begun drawing up replacements for the longtime Arsenal boss, with Raphael Benitez very much in the running.

If the Spaniard were to be given were to be given the job, it is reported that he’d bring Thierry Henry onto his coaching staff. Although Benitez’s Newcastle sit top of the Championship and likely to get promote, rumours did emerge last month that he could leave the club.

If the move were to materialise it would be a shock to both sets of fans, although for differing reasons.