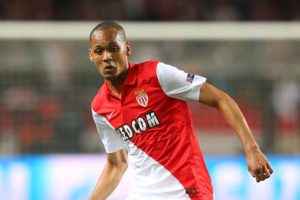 Arsenal are monitoring the situation of Monaco’s versatile Brazilian Fabinho. Talk of a summer move has increased even more so after the Brazilian’s father has come out and claimed that a number of clubs, including Arsenal have been in contact with the Monaco man according to Goal.

Speaking to French TV show J+1, Fabinho’s father claimed that they have been in talks with multiple clubs.

“We have been in talks with Manchester United, Manchester City, Arsenal and approached by Barcelona”

Fabinho was heavily linked with a move to Manchester United last summer, though the €40 million price tag proved to be way bove Jose Mourinho’s estimation.

The Brazilian has had another solid season so far over at Monaco and continues to attract the top teams in Europe. Though his father continued by stating that Manchester could be his desired destination – the decision whether it’s blue or red is down to him.

“We like Manchester United and Mourinho’s for, but we have a soft spot for Manchester City.”

The 23-year-old can play in a variety of positions, with right back and central midfield being his preferred options. Fabinho has featured 24 times in Ligue 1, scoring five goals and grabbing two assists in the process so far this season.

Monaco right back Fabinho in talks with Manchester United, Manchester City and Arsenal, according to his father. Barcelona also interested