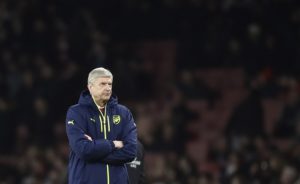 In an exclusive report by Jeremy Wilson of the Daily Telegraph, Arsenal have begun to explore candidates for a potential role as a sporting director at the club.

While Arsene Wenger has liaised with Arsenal’s chief negotiator, Dick Law, very closely over the years it is understood that Law is ready to step down from his current position. Law would initially work with the new appointment but it is thought that the Arsenal board want to create a wider football operations role as they change the off-field structure at Arsenal.

The hunt for a sporting director does not indicate the impending departure of Wenger but rather long-term planning for the club. Arsenal are also looking to find a replacement for Andries Jonker who recently left his role as Academy Director.