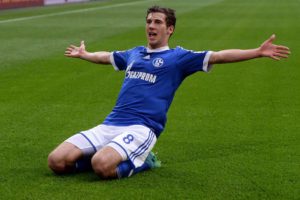 Arsenal are interested in signing FC Schalke 04 midfielder Leon Goretzka, according to Sport Bild in Germany.

The 22-year-old, whose contract runs till 2019, has also attracted interest from Tottenham Hotspur and Juventus, further demonstrating the quality of the player they are after as well as the stiff competition they’ll have to face.

Goretzka has six goals and two assists with the German outlet across all competitions so far, and his growing stature means Juventus Director Fabio Paratici – known as a long-term admirer of the German – would look to get a deal done as soon as the possible.

Can Arsenal, for once, close a deal out to win a transfer war?