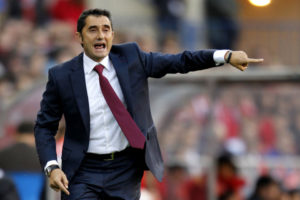 According to Spanish outlet, Marca, Arsenal are weighing up a move for Atheltic Bilbao manager, Ernesto Valverde.

The Bilbao manager has been previously linked with a move to Barcelona to take over from Luis Enrique. Valverde’s contract runs out at the end of this season and according to the report, he is keen on a move to England.

With Wenger’s future very much uncertain, a move for Valverde would present a cheap and logical move. Although the report claims that he would take over the role, even if Arsenal failed to qualify for the Champions League, any potential move is very much in the preliminary stages.