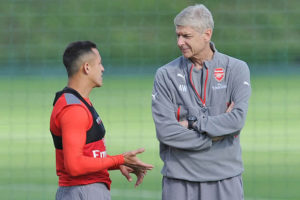 Bayern Munich are reportedly ready to bid for £55 million for Alexis Sanchez according to the Daily Telegraph.

Sanchez’s contract situation has lingered around the club for most of the season. Although publicly, Wenger maintains that the Chilean will not be sold this summer and in fact will sign a new deal with the club, it has become increasingly likely that Arsenal’s star man will leave this summer.

The Chilean international has stalled on signing a new deal amid rumours that he is demanding a salary of £300,000-a-week – well above Arsenal’s valuation.

Juventus, PSG, Man City and Chelsea have all shown interest in signing Sanchez but it now seems that with just over 12 months left on his contract, Sanchez could well be heading to Germany.