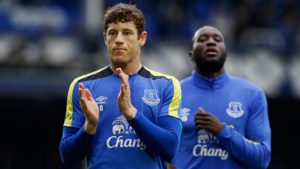 Arsenal have joined the race for Everton midfielder, Ross Barkley according to the Daily Mail.

The Everton man has one year left on his current deal and is still unsure over his future with the club. Barkley was dropped to the bench on Saturday and is well aware that Everton are willing to sell him if he doesn’t sign a new deal.

Barkley is keen to play in the Champions League and has multiple suitors such as Chelsea, Manchester City, Tottenham and now Arsenal. Everton will demand £35 million for the academy product and have already highlighted Swansea’s Gylfi Sigurdsson as a replacement for Barkley.