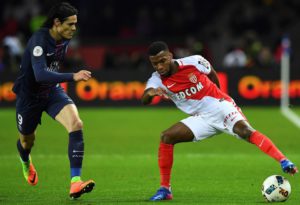 Arsenal are considering a swoop for Monaco midfielder, Thomas Lemar according to reports.

The 21-year-old has been one of the stars of Leonardo Jardim’s side and has rightly attracted interest from multiple clubs. Monaco have insisted that they want to keep their talented side together but an offer in excess of £25 million may just the French team into cashing in.

Lemar moved to Monaco from Caen two years ago and since then has established himself as one of the brightest talents in France. The winger has played 46 times for Monaco while scoring 12 times this season to help Monaco to what looks like their first title in 17 years.