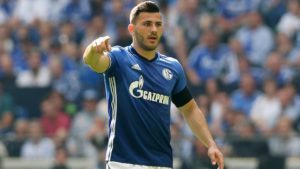 Arsenal have agreed terms with ex-Schalke 04 defender, Saed Kolasinac, according to a respected German journalist.

Arsenal have long been linked with a move for Bosnian international and ex-Schalke defender, Saed Kolasinac. It was widely reported that the Gunners had agreed a move with the 23-year-old who will become a free agent but now that move has been echoed by a respected German journalist.

The news was then reiterated by Bundesliga aficionado Alex Chaffer, who confirmed that Kolasinac will join the Gunners on a five-year deal.

Sead Kolasinac has signed a five-year contract with Arsenal. https://t.co/fhucGDFjfg