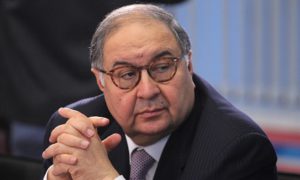 Usmanov currently owns 30% percent of the club after buying out former Arsenal shareholder, Farhad Moshiri last season. The metals magnate has been a staunch critic of Kroenke’s lack of involvement in the club, whilst also insisting that the blame for the club’s poor form should not rest solely on Arsene Wenger.

It is understood that Kroenke has not yet rejected the bid out of hand but has indicated to Usmanov that he is not willing to sell.

Kroenke increased his shareholding of the club to 67.05% last May after purchasing 23 ordinary shares.

Usmanov’s bid comes at a time when the club is at risk of missing out on Champions League football for the first time under Arsene Wenger, a competition which provides £50 million in revenue.