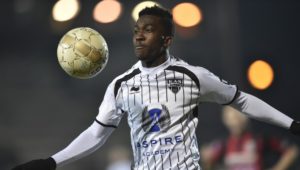 The Nigerian hotshot has had a superb season for Belgian side, KAS Eupen, scoring 25 goals to go along with 14 assists this season. Onyekuru has a £6.8 million release clause in his contract and has also attracted interest from Southampton, Liverpool, Hoffenheim and Borussia Dortmund.

Onyekuru, however, has admitted that he is an Arsenal fan and idolises Thierry Henry, “The shirt I dream of wearing is Arsenal’s because I’ve always had Thierry Henry as a role model”.