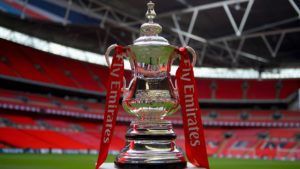 Following the abhorrent events on Monday night, Arsenal have decided to cancel the screening of the FA Cup final at the Emirates Stadium.

Arsenal’s decision follows the Prime Minister’s announcement that the nation’s security level has been placed on as critical.

Should Arsenal win the FA Cup, the club will not proceed with a planned parade. Following this announcement, Arsenal Chief Executive, Ivan Gazidis issued a statement concerning the decision.

“As always, the safety of our supporters and staff is paramount and we are in close contact with security services. After taking their advice we have reluctantly taken the decision to cancel the screening and potential parade. We are sorry for any disappointment this causes but it is in everyone’s best interests.”