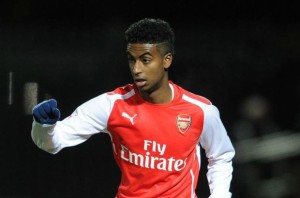 According to Charles Watts of football.london, Arsenal youngster, Gedion Zelalem has torn his cruciate ligament whilst player for United Sates under-20 side.

Zelalem could possibly face up to nine months out after picking up the injury against Ecuador on Monday. The Gunners youngster started the USA’s first game of the FIFA under-2o World Cup on Monday but was forced off after 34 minutes in their 3-3 draw with Ecuador.

The youngster has struggled to break into Arsenal’s first-team squad and has spent two seasons away on loan at Rangers and then this year at Dutch side, VVV Venlo where he helped them win the Eerste Divisie title.