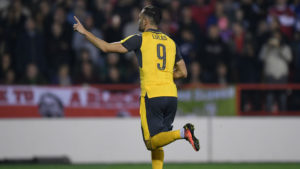 Sevilla will bid for Arsenal’s forgotten man, Lucas Perez according to Spanish news outlet, AS.

After making the €2o million move from Deportivo La Coruna, Perez has found it hard to break into the first-team and has only made 22 appearances for Arsenal, of which only eight were starts. The Spaniard has complained about his lack of game time and has concluded that he must leave in the summer, in order to improve his chances of playing for Spain in next year’s World Cup.

Sevilla had tried to sign Perez last summer before Arsenal hijacked the deal. This year, however, it seems they may well land their man.