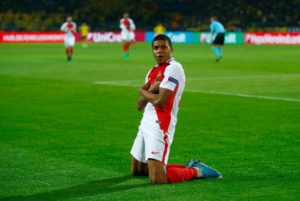 Arsenal have had their £87 million club record bid for Kylian Mbappé rejected by Monaco, according to the Daily Telegraph.

Arsenal’s offer is now the third bid that Monaco have turned down following a world-record fee of £105 million from real Madrid and another approach from an unknown club. The teenager, however, has also attracted interest from Manchester United, Manchester City and PSG.

French news outlet, L’Equipe have concluded that Arsene Wenger is ready to turn over a new leaf this summer and go all out to sign world-class players. Wenger did try to sign Mbappé last year and is now ready to make him the centrepiece of his Arsenal team. Although Arsenal’s bid is much lower than Madrid’s, the north-London club feel they could offer him a place where he can develop and play first-team football.