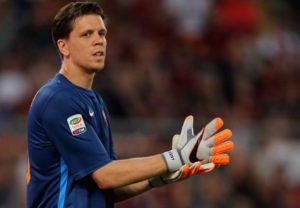 Wojciech Szczesny’s agent has insisted that his client will discuss his future with Arsene Wenger before considering a move to Juventus this summer.

Recently, rumours have linked Szczesny with a £14 million move to Italian champions, following two superb seasons on loan at Roma. The 27-year-old has admitted that he would prefer to return to Arsenal and fight for his place but is ready to stay in Italy if he has no future at his parent club.

With Cech firmly entrenched as the first-choice ‘keeper, it seems Szczesny may still be surplus to requirements, although his agent, David Manasseh did confirm in an interview with Przeglad Sportowy, that the player wants to with Wenger before any decision is made.

“There is still no agreement with Juventus. Szczesny has yet to talk with Wenger, who has been confirmed as Arsenal coach for the next two years.”