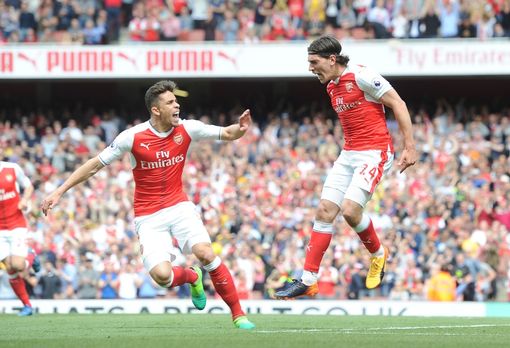 According to the Independent, Barcelona are increasingly confident of being able to bring Hector Bellerin back to his former club this summer in a £45 million deal.

The Catalan club expect to have a deal closed by the end of June and understand that Bellerin would be willing to move back to Spain. They have, however, also lined up Nelson Semedo as a back-up should the transfer not materialise.

Bellerin recently insisted in an interview with Mundo Deportivo, that he still committed to Arsenal, although not completely ruling out a move to Barcelona.

“It’s great to know about the interest of Barca, the club where I grew up. I’m an Arsenal player and we’ll see what happens.”

“I know a lot of things are being talked about but as a player, the club haven’t told me anything. A lot can happen this summer. ”

“The truth is that every player of a top level wants to play in the Champions League, especially when I’ve been playing in it for two years. As a team, we didn’t qualify. It’s something we want to correct, but as a player, I repeat: it’s an important competition.”