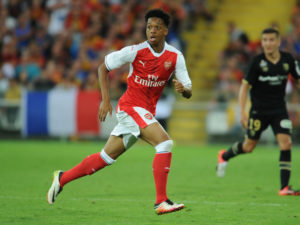 The youngster’s deal ran out at the end of last month, although Arsenal did make a last ditch attempt to sign Willock to a new deal.

Really happy and excited to say i have signed for @SLBenfica God is great #EPluribusUnum ?? pic.twitter.com/lYwIKGsM7S

Once regarded as the best talent in Arsenal’s academy, Willock joined Benfica on a bosman, signing a five-year deal.

The news will come as a blow to the fans, as yet another one of Arsenal’s supposed gems fails to progress into the first-team.

Speaking of the move, Willock confirmed his desire to impress on the pitch.

“I think we have a great team and we can achieve great things in the future. I hope I can show what I can do on the field.”