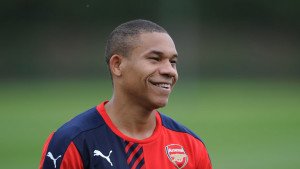 According to football.london Arsenal are set to buy back Fluminese star, Wellington Silva and immediately send him to Bordeaux.

Arsenal will activate the buy-back clause involved in Silva’s Fluminese contract  with Bordeaux ready to pay the required £3.5 million fee. According to reports in Brazil, Arsenal inserted a clause that would allow them to purchase 50% of Silva’s rights when he moved back to Brazil.

Silva joined Arsenal in 2010 but faced work permit issues to be able to play in England. He was finally cleared to play in 2015 and spent the 2015/16 season with Bolton Wanderers. Silva re-joined Fluminese at the end of the season and has since had a superb season for the Brazilian side, which has attracted interest from Europe.

Silva played his last game for Fluminese on Wednesday but will now travel to France to finalise the deal.