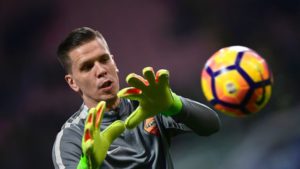 Wojciech Szczesny has arrived in Turin ahead of his estimated €11 million transfer to Juventus.

The Polish international has spent two season on loan in Serie A, after he fell out of favour with Arsene Wenger. The now former Arsenal player was arguably the best goalkeeper in Serie A, which led to many Arsenal fans calling for him to be utilised this season to compete with Petr Cech.

With Buffon likely to retire at the end of the season, it seems Juve have got his long-term successor in Szczesny. It seems Juventus have pulled off an excellent bit of business, to follow on from the capture of Douglas Costa.