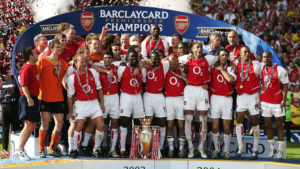 Arsenal last won the League in the 2003/04 season without losing a single match and from that day they have been known as ‘The Invincibles.’ However, the club has failed to bring the Premier League title back to the Emirates ever since. Arsene Wenger only managed to win three FA Cups after the historic ‘Invincible’ season. Three trophies in more than a decade for the Gunners does not do justice to the club’s long standing reputation.

In the past couple of seasons, Arsenal started well. Their performance in the first-half of the season indicated that they would be a part of the title race, however, time and again the team failed to keep up the same level of performance. Last season it cost them the top four spot and Champions League football.

The club’s business in this transfer window has been different, Arsenal have already signed Alexandre Lacazette and Sead Kolasinac. Before deciding whether Arsenal is ready to challenge for the title, let’s have a look at what the club needs to do for winning the Premier League 2017/2018.

For a while now, fans have been criticising Arsenal for not improvising and improving their playing style and overall game. This has cost the club several matches. Many believe that Wenger must change his philosophy of short passing the game. As per policy, players try too hard to score a perfect goal.

This is holding Arsenal back from winning games when they need it most. Nowadays, clubs realise the importance of not being one dimensional. Imagine shooting from outside the box and the ball is deflected back into the net, thus scoring you an important goal against the likes of Chelsea or Manchester United. 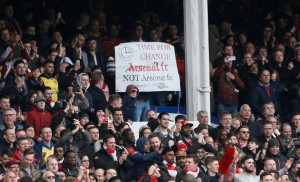 With an FA Cup win last season, the fans trust and faith in the club and Wenger was finally restored. However, the club will need the support of fans more than ever in the upcoming campaign. With no Champions League football, Arsenal will be prioritising the Premier League, however, it will be difficult to gain victory if there is no support from the fans. Losing a big game or a couple of games does not mean that the season is over. Criticising bad points and poor performances aside, the fans should get behind the team when needed. Gooners can start by keeping a close eye on these live sports betting odds and backing their team to win the league!

Avoid being one dimensional

In the Premier League, Arsenal are one of the few clubs known for playing creative football. Their playing style and one touch passing are truly awe-inspiring to watch. While the club can continue to play in the same style, they might have to tweak their tactics, strategy and formation for some games.

Wenger will have to be dynamic if he wants to lead the team to Premier League glory. The manager will have to experiment with formation, strategy, tactics and squad rotation to find the best fit for each occasion.

It is easy to point out that last season’s signings were poor. They did not improve the team and the new players were not experienced enough to make their mark. Arsene Wenger needs to recruit smartly, such as he has done with the signings of Lacazette and Kolasinac.

The North London club needs to improve some key areas and they should at least get one or two more players. The two new additions have already shown glimpses of how they will help the club to challenge on all fronts. Lacazette is a proven goal scorer whereas Kolasinac featured in Bundesliga’s team of the year as the best left back in the league, even ahead of David Alaba. Signing at least two more players will stabilise the squad.