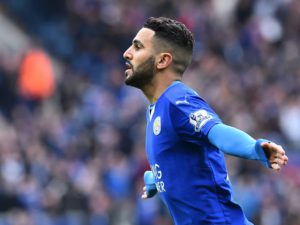 In his press conference ahead of tonight’s match against Leicester City, Arsene Wenger has effectively ruled out a move for Leicester City winger, Riyad Mahrez.

Having signed Sead Kolasinac and Alexandre Lacazette, Arsenal well known to be after another attacking threat, especially considering the speculation surrounding Alexis Sanchez’s future at the club.

Thomas Lemar and Riyad Mahrez had both been linked with Arsenal, the former being Arsene Wenger’s primary target. Wenger, however, has broken his silence over Mahrez to confirm that Arsenal will not be making a move for the Algerian.

“We were never close”

“I rate him as a player but we have similar types with Alex Iwobi, Jack Wilshere back. Mesut Ozil … we have plenty of the same type of players.”