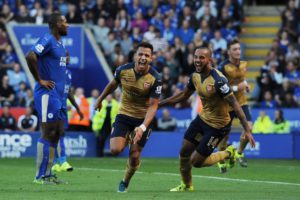 The Premier League kicks off tonight at The Emirates with a visit from 2015/16 champions Leicester City to the capital. The Gunners will be buzzing with confidence after their recent triumph in the FA Community Shield against nemesis, Chelsea but need to start the season well for once.

Arsene Wenger has some big decisions to make ahead of the opener where his team have not been up to scratch in recent seasons. Here is the line up that we think he will go with in the season opener. 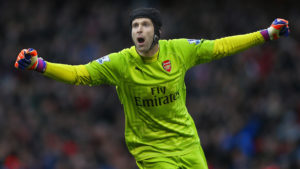 The Czech Republic shot stopper is a constant for the team and he is definitely going to start his first game in the league tonight. He will hope to follow up his performance against his old club with a clean sheet. 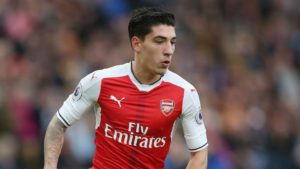 The Spaniard’s performances last season did not live up to the promise that he showed initially. After a turbulent summer with the under-21 European Championships and transfer talks linking him to Barcelona, he will love to get off to a flyer. He will go up against Riyadh Mahrez and will have to be on alert. 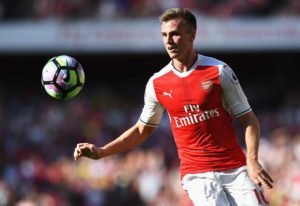 The highly rated youngster has been very good for the team since the end of last season and will probaly start, given the absence of key players like Koscielny and, potentially, Mustafi. 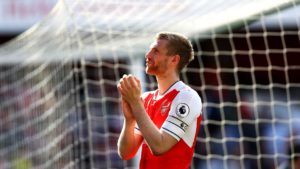 Mertesacker could well miss out after picking up a nasty gash above his eye last weekend but for now, we’re going to put him in the lineup. With Laurent Koscielny out, Arsenal will need a wise help to marshal Arsenal’s backline. 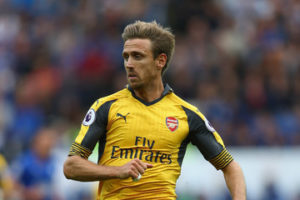 Ever since Wenger transitioned Monreal inside, the Spaniard has become one of Arsenal’s most consistent performers. In Arsenal’s three man centre back trio, Monreal is very adept at playing on the left-hand side and should create a solid partnership with Sead Kolasinac. 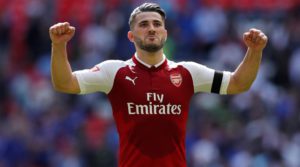 He is already a club favourite at Arsenal. Appropriately named, “The Tank”, will hopefully make his Premier League debut tonight. 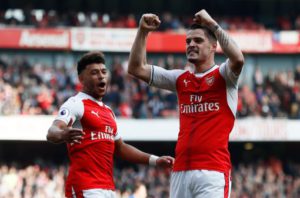 The £34 million pound signing from Borussia Monchengladbach has so much to prove and is making an effort to do so. Having faced the menacing N’Golo Kante in the last game, he needs to control the rhythm and pace tonight. This is a massive season for the Swiss international. 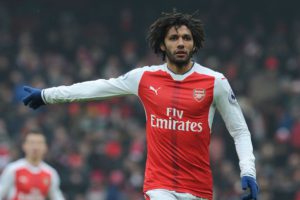 Aaron Ramsey’s lack of fitness, Cazorla’s seemingly perpetual absence and the Egyptian’s form should get him a starting spot against Leicester. His partnership with Xhaka looks promising. 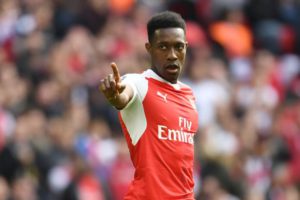 He kept Theo Walcott on the bench in the last game and will be desperate to prove his worth as a berth in the XI is not something he will get too often this season. 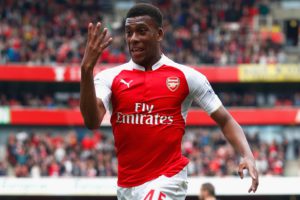 It’s the Nigerian’s third season (second full season) at Arsenal and time for him to become complete player. Finishing aside, he has a lot of talent and a very well-rounded game. Injuries to Ozil and Alexis mean he gets to terrify Danny Simpson tonight. 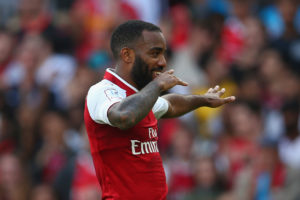 This was never in doubt. He will look to stretch the Leicester City defence and will have fun doing it. Only time will tell when his first Premier League goal arrives but tonight he has the chance to start off his season with a bang. If Arsenal are going to challenge for the title, Lacazette will need to score pletny of goals.