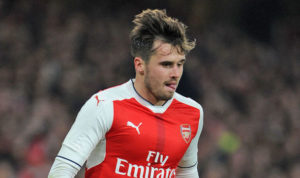 Arsenal defenders, Carl Jenkinson and Cohen Bramall have joined Birmingham City on a season-long loan deal, as confirmed by the Blues’ website.

The defensive pair will bolster Harry Redknapp’s backline and are both eligible for Birmingham’s Carabao Cup fixture against Bournemouth.

Jenkinson’s Arsenal career has become somewhat uncertain in recent years, as the former Charlton Athletic man has struggled to return to the first-team and spent much of last year with the under-23s.

Bramall, on the other hand, joined Arsenal last January having made the move from non-League side, Hednesford Town. The 21-year-old is still learning his trade in professional football; the season ahead will be key for Bramall’s development.