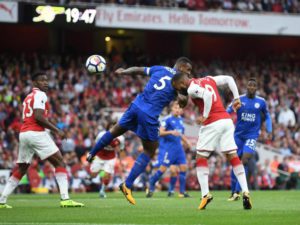 Premier League clubs are planning to cut short the transfer window. The move is in line with attempts to ensure that all transfers are done before the football season starts. To one great football icon who claims to Buy Injectable Steroids – For Sale at Valkyrie-Online, this move will have further discussions when the shareholder’s meeting is convened in September this year. The window for this year will close on 31st August.

Some reliable reports have shown that a bigger percentage of the Premier League teams are in full support of shortening the window period.

Liverpool, which is faced with some uncertainties where a number of players are planning to change clubs, was the first to agree to the proposal. In any case, this is a great convenience to the teams across the League.

According to their boss Jurgen Klopp, who was speaking before their match for the UEFA champions league at Hoffenheim, he agrees with this move 100 percent. He said that if the window had closed earlier, it would have helped his team and thus, it is a sensible move not only to him but another person out there.

Swansea’s Paul Clement is in total agreement with the idea, especially now that Everton is on the verge of taking Gylfi Sigurdsson. The loss of the Iceland international from the team is a great loss to them in all manners. He had been a strong attacking midfielder since rejoining from Spurs.

Additionally, Clement also said that the matter was discussed deeply at their recent manager’s meeting. It included analyzing its effect on the teams as well as pros and cons. As much as he could not disclose further details, he predicted that the move could get a 100 percent yes. This means that the shorter window could be starting sooner – which is next year.

Details of the shorter window

According to more sources, the January window remains unaffected, since the emphasis is on the beginning of a new season.

The Daily Telegraph reports on their website that the proposal will focus on bringing the window to closure a week before the new season for 2018/19 starts.

Another British media house said that it has been observed that majority of the clubs in the Premier League have already said yes to the move. It further mentioned that a minimum of 14 teams must vote in favor for the new rule to take place. There are about 20 teams in the English Premier League, and from the look of the things, the move may even get 20 out of 20 yes votes.

What this means for the clubs

More details as disclosed will be applicable to transfers between the English Premier League teams only. Once the season starts, the transfers will have closed a week earlier.

However, teams from other leagues in Europe can still get transfer deals in and out of the English Premier League team, even after the season has started.