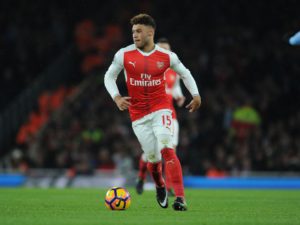 Although recently praised by Arsene Wenger, Alex Oxlade-Chamberlain looks set to depart Arsenal after six years at the club. The England international has failed to live up to the talent he promised when he joined from Southampton, and with only one year left on his current deal, a deal seems best for all parties concerned.

Presently, it seems that Chelsea and Liverpool are the two clubs battling it out for Oxlade-Chamberlain’s signature. According to reports, Arsenal have quoted a £35 million fee for Oxlade-Chamberlain, which considering his contract situation and standing within the squad, seems a good fee.

As a winger, the Ox failed to produce any real consistent end product, indeed, over his Arsenal career, he has only managed 20 goals and 26 assists in 196 appearances. For a player with such immense talent, that is a fairly poor return. Yes you can put some of the blame on injuries but it must be said that Arsene Wenger, must take a large slice of the blame. In the current Arsenal squad, there are just too many players who have failed to progress year on year, instead stagnating and in some cases, getting worse. 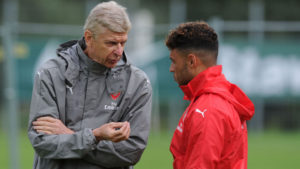 So, on the face of it, the deal looks good for both Chelsea and Liverpool. If either team can sign Oxlade-Chamberlain and unlock his vast potential they may just have a top quality player on their hands and one that could push either team towards the title, although some Inside Betting Tips have both clubs behind Manchester United in the title race. The only downside to the deal is the loss of depth to Wenger’s squad.

With Oxlade-Chamberlain’s departure, Arsenal will be left with only one right-wing back and even more short in central midfield. Arsenal are crying out for a quality box to box midfielder who can play with Xhaka, and although Oxlade-Chamberlain has at times, struggled in the centre, he provides a dynamic option through the middle. At wing back, he is the only real competition for Bellerin. Time is ticking, but Arsenal need to find a replacement before any deal is wrapped up, if they don’t, it would just add to the shambles that the club is currently in.