Arsenal got a well-deserved draw when nobody expected us to get anything at a ground we haven’t won at in since 2011/12 season and we could have even left Stamford Bridge with all the points.

Paul Merson was wrong about Monreal. 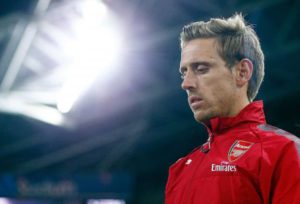 Earlier in the week former Arsenal player and now Sky Sports pundit was very critical of Monreal claiming that he wouldn’t get into a bottom half term at centre back. Yes, he is a left back by trade but he has been given a job to by the boss and he can do it competently because he is an experienced international and intelligent defender. Playing on the left side of a three, he marshaled his side effectively and covered his fellow defenders admirably. He blocked Fabregas’ passes into his channel for Morata, he attacked aerial balls with authority and used his relative pace to cover Kolasinac and his fellow central defenders whenever necessary. Besides Pedro’s chance Chelsea did not have many good chances and that was down to the collective work of the entire team but Monreal had a point to prove and he did.

Lacazette can learn from Giroud. 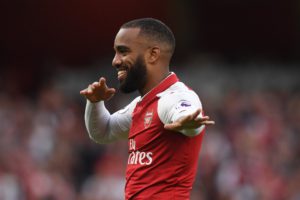 Lacazette is seen as the top-class striker that we have been waiting for since Van Persie left. A clinical finisher that will bang in the chances that are created by the likes of Ramsey, Ozil and Sanchez. What we have had in the meantime is Olivier Giroud. In his time at Arsenal, he has had sloppy periods where his finishing has been wayward and excellent periods where he could score from the half way line with his eyes closed. Since he has been demoted to the bench we have seen less of Giroud but when he does start, like he did at Cologne, we see what he brings to the team and that is his link up play. Giroud is the perfect springboard for on rushing midfielders to play off and is probably one of the best in Europe at doing this and Lacazette should take notice. Lacazette is different from Giroud, yes, but he does like to get involved in the link up play and if he keeps improving that, he will be the perfect fit for the Gunners.

When the cards are stacked against us we usually tend to prove our critics wrong. 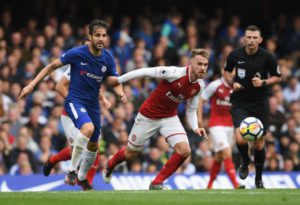 Going into this game, many Arsenal fans and pundits, with the Liverpool mauling in the back of their minds, never gave us a chance. Funnily enough, at the end of the first half we were the much better team and favourites to win the game. Many of us thought that we should scrap the three at the and go back to a back four and to his credit but Wenger stuck with it and for a huge part of the game, it really worked. With Ramsey leading the way, we gave everybody who doubted us a reason to give us a chance of achieving something because not only did we better the champions at their own home, we stopped them from scoring for the first time in 59 games which is pretty impressive. Not many players got more criticism than Ramsey did with people citing his lack of defensive discipline and gung-ho style and he had something to prove and quite rightly left with the man of the match award.

Wenger- the good and the unmentioned. 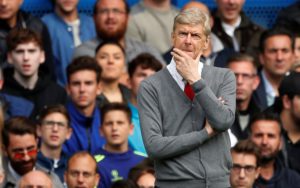 Wenger came out and said they worked more on tactics for the Cologne game and they did for the Chelsea, which is not entirely true. The team was set up to stay compact with Welbeck and Iwobi working hard to keep the midfield tight. The defensive performance was well managed and obviously well prepared for with certain players intelligently ignoring their defensive responsibility to attack Chelsea when the correct opportunity presented itself, such as when Ramsey made minced meat of Azpilicueta and hit the post. But this was very much a game of two halves and the game hinged on the introduction of the Bakayoko. When he came on, he sat next to Kante in midfield and allowed Fabregas to push forward and with his athleticism in the equation, their midfield started to gain better control of the game and release Fabregas to be his creative self. Conte, to his credit saw the weakness in his team and addressed it. We, therefore, more or less let them have the ball and kept our defensive shape. Consequently, throughout the second half we didn’t really give them too much to think about until Alexis came on and when they replied in kind with the introduction of Hazard and as the game progressed we brought on Elneny to solidify the midfield. Alexis’ introduction would have made life for Chelsea’s defenders and midfield due to his high work-rate but that plan came to naught with Welbeck’s unfortunate injury.