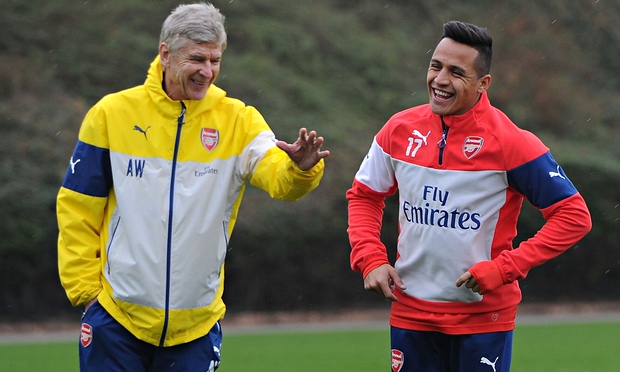 The deal has finally been sealed, Alexis Sanchez’s mid-season move to Manchester United – in exchange for Henrikh Mkhitaryan – from Arsenal is official, and though the Chilean’s exit from the Emirates had seemingly been coming for some time, Arsene Wenger allegedly ‘never questioned’ the 29-year-old’s commitment to the club’s cause.

Sanchez’s professionalism was questioned after failing to pen a contract renewal at the north-Londoners, and though his performances this season had certainly dwindled on the pitch compared to last term in a Gunners shirt, ‘Le Prof’ remained adamant that he did not doubt the diminutive attacker’s dedication.

Wenger left Sanchez out of the match-day squad on January 14th as his contingent floundered to a limp 2-1 loss against AFC Bournemouth at the Vitality Stadium, however the Frenchman said to the media, via a report published by the Mirror: “He’s a very professional player who has been committed until the last minute,

“In training, he was practising with full power, so I never questioned that. I never had any doubts about that.

“He’s a world-class player who has contributed well to us and was a star here. I would like to thank him for his contribution here and I wish him well.