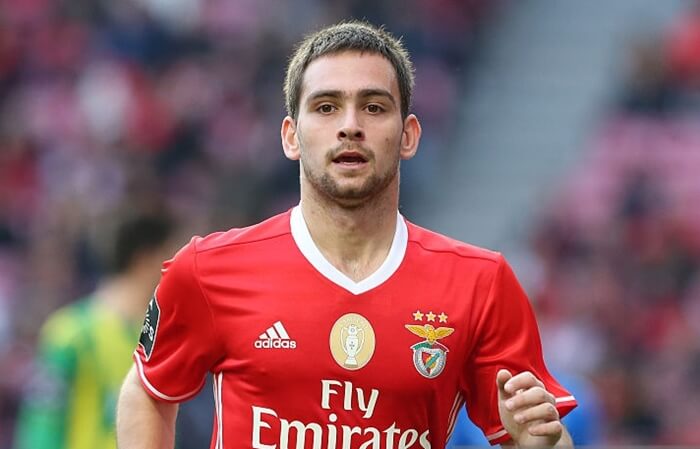 According to a report published by Portuguese outlet O Jogo, Arsenal allegedly deployed a team of scouts to monitor SL Benfica’s Andrija Zivkovic, who featured during the ‘Águias’ 5-1 Liga NOS drubbing of Rio Ave on Saturday afternoon.

Zivkovic is a valuable asset to Benfica and it’s believed that the Serbian play-maker has a £52.5m release clause stapled within his current contract, so if the Gunners are indeed eyeing a move for the 21-year-old in the summer, they may have to fork out a premium to prise his signature from the Estadio da Luz.

Recognised as a right-winger by trade, Zivkovic is also able to deputise in a diverse range of positions across the park, including the number 10 role and on the opposite flank, meaning that he is a particularly versatile offensive and creative threat.

With the ball at his feet, the diminutive flanker demonstrates an innate first touch and is also comfortable under pressure whilst in command of the ball, attributes which would presumably catch Arsene Wenger’s astute attention to calibre and talent.

Zivkovic’s slight stature has been flagged as a potential hindrance to his progression in the Premier League, however, although Wenger is partial to purchasing players with a lower centre of gravity than the average professional, with Santi Cazorla being just one of many examples.

Having collected 17 appearances this season to date in all competitions, Zivkovic has netted once but has also provided four assists for his teammates, a record which highlights a promise in his own personal game as he continues to develop his inventive flair.