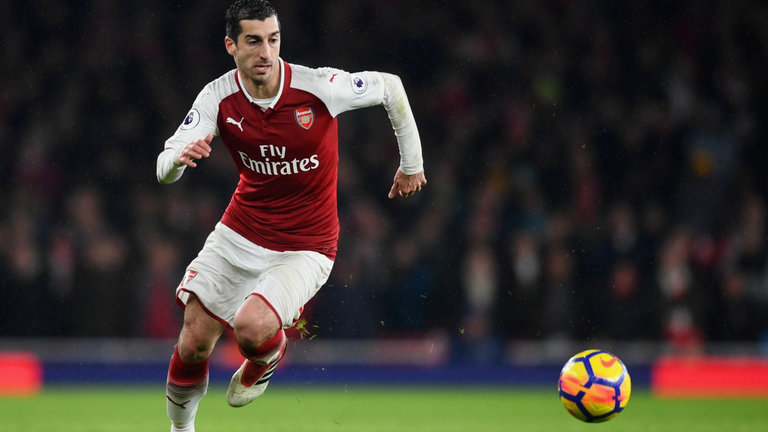 After being frozen out of Jose Mourinho’s Manchester United squad in the 2017-18 campaign, Henrikh Mkhitaryan made a mid-season switch to Arsenal in a deal which saw Alexis Sanchez move the other way in a direct swap, and the Armenian play-maker is seemingly eager to accomplish greater career feats at the Gunners.

Mkhitaryan allegedly always fantasised about pulling on Arsenal’s famous red jersey, and now that he’s at Arsene Wenger’s disposal on a weekly basis after an agitated spell at Old Trafford, the optimistic 29-year-old is also determined to forget about his past life at his former employers and ‘enjoy’ his future at the Emirates.

Speaking to the media – as per a report published by Manchester Evening News – the north-London club’s new number 7 openly announced: “I don’t want to find excuses,

“I don’t want to blame anyone…I am starting a new chapter in my life, in my football career and I am very happy to be here.

“I will be pleased to achieve more than I have done in Manchester, of course. I don’t have anything to prove to anyone. I just have to enjoy myself, do my best and at the end I will see where I can reach.”

Prior his jump to Arsenal, Mkhitaryan started the current campaign in fine fettle having notched 5 assists in 3 games for United, although it soon became apparent that his days under the ‘Special One’s’ command were indeed numbered.

The creative midfielder’s positive attitude and desire to prosper is certainly significant to Arsenal’s cause, and with Pierre-Emerick Aubameyang in ‘Le Prof’s’ ranks, ‘Gooners’ will be hoping that the two noteworthy January acquisitions – who indeed domineered proceedings together at Borussia Dortmund in the Bundesliga – hit the ground running to make club’s attacking regiment potent, formidable and dynamic on the break.