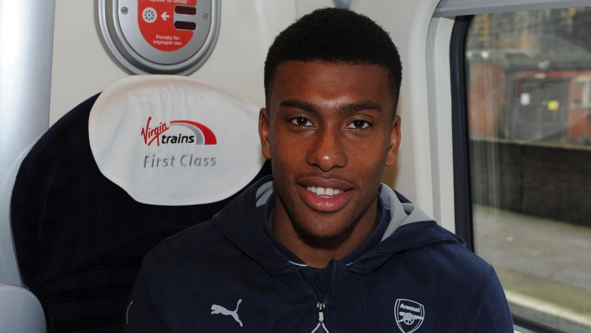 Alex Iwobi has labelled Arsenal’s north London derby defeat to Tottenham as “very disappointing” in an open letter to the club’s supporters on Instagram.

Social media plays an integral part in the modern game as it allows players to convey their emotions to their avid followers and the boyhood Arsenal fan took to social media to console Gunners fans’ with this message:

“Being an Arsenal fan myself, yesterday’s defeat was very disappointing and hard to take.

“I know it’s hard to believed but we know exactly how you are feeling.

“We have another match in a few days and trust me we’ll be putting in 100% to try and make this right.

“Massive love to all our fans for your support. #BIG17.”

Harry Kane’s towering header ultimately downed Arsene Wenger’s men at the home of English football, however Alexandre Lacazette, who has since been hit with a barrage of abuse from a few disgruntled Gooners, snatched at a golden opportunity to level the scoreline.

If Arsenal – who currently reside in 6th spot with 45 points – are to climb the domestic standings further this term, hard work and endeavour has to be equalled on the training field as well as on the turf come match day.

Arsenal face Ostersunds in the last 32 of the Europa League on Thursday with temperatures expected to be as low as minus 10 degrees.