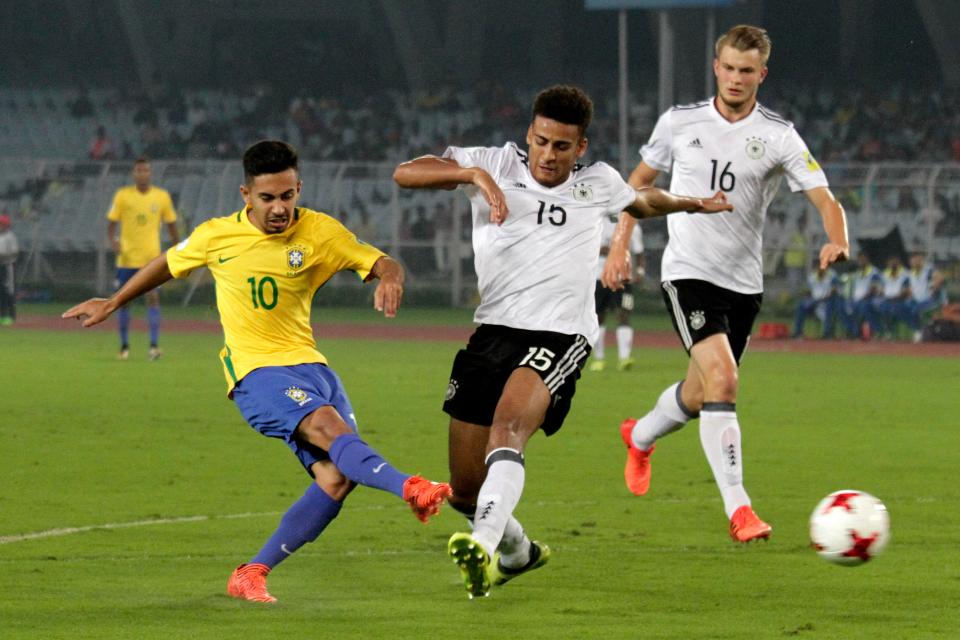 In order to reinvigorate Arsene Wenger’s floundering squad, the Gunners’ head of recruitment Sven Mislintat  – according to a report published by The Sun – is supposedly monitoring the development of Hamburger SV’s 17-year-old Josha Vagnoman, who has featured for the Bundesliga outfit’s youth set-up this term.

It’s believed that Mislintat, formally of fellow German top-flight club Borussia Dortmund, has scouted Vagnoman on various occasions this term as it’s said that the flourishing professional has a desirable set of qualities within his young locker.

Vagnoman, a recognised left-back by trade, has managed to register 1 goal for Hamburg’s U19 ranks this term in 13 outings, a notably profound record for a fledgling defender which is evidently playing at a higher age group, a platform presumably of a more physical standard to what a player of his tender years is typically used to.

The adaptable starlet has also made 3 appearances for Germany’s U17 fold, and with ‘Die Mannschaft’ being hailed as one of the game’s domineering forces on the international stage, Vagnoman’s certainly of an elite pedigree and calibre.

There’s undoubtedly room for growth in player’s ability, however despite already being a teenage prospect, it’s alleged that ‘Die Rothosen’ only value him at £2.66m, a remarkably shallow figure which would seemingly be too good for Mislintat and co. to ignore.

Although the north-Londoners are not the only party which is interested in Vagnoman thriving services, as it’s surfaced that Premier League rivals Chelsea and Manchester City are also thought to be surveying the full-back’s progression at the Volksparkstadion.