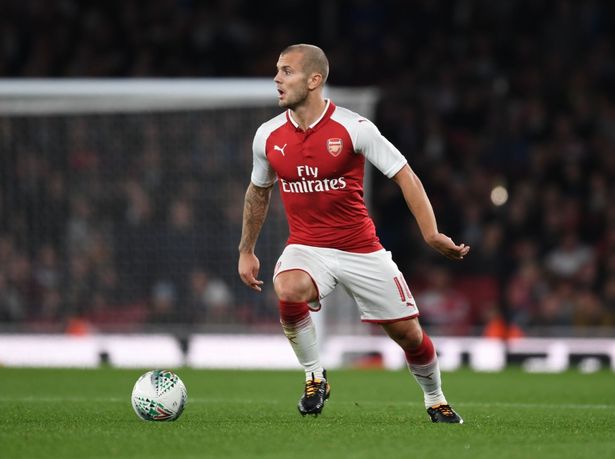 Jack Wilshere is less than enthused with the manner in which Craig Pawson officiated the Carabao Cup final at Wembley on Sunday, an encounter which saw Arsenal drubbed 3-0 by an ever dominant Manchester City fold, and the England midfielder claims that he ‘can’t accept’ some of the damning decisions the referee made against the Gunners.

Arsene Wenger’s men were simply outclassed at the home of English football by Pep Guardiola’s rampant contingent, although Wilshere believes that Shkodran Mustafi was shoved during the build-up to Sergio Aguero’s opener, Leroy Sane was offside as Vincent Kompany netted and also that a City player should have received a second yellow.

Posting on social media – via a report published by Evening Standard – the 26-year-old playmaker vented: “Hard to put into words my emotions about yesterday,

“City are a good team and deserved to win yesterday.

“Alot of people have had thier say on us and we have to accept criticism when we loose [sic]. That being said i can’t accept some of the decisions that went against us yesterday [sic].

“What ever you say about the first goal, its a foul [sic]. The second goal is offside. There should have been a second yellow in the first half. Yes this happens in football but its still hard to accept [sic].

“And people will say we are looking for excuses but these are facts. Anyway we need to respond, starting on thursday [sic]. Thanks to all the gooners for your support and trust me we feel the same but we need to stick together [sic].”

The Citizens are next on the agenda for Arsenal in the Premier League on Thursday and Wenger’s wounded squad have an opportunity to redeem their recent shortcomings, however Pep’s set-up will surely hold a psychological edge.
The north-Londoners are ten points behind Tottenham Hotspur, who inhabit 4th place in the standings, and with Champions League football being the only true viable reward this season, Arsenal have a tough task on their hands if they’re to lessen the gap on their bitter local rivals.
Tags:arsenal, arsene wenger, Carabao Cup, Jack Wilshere, manchester city, Pep Guardiola, premier league, shkodran mustafi