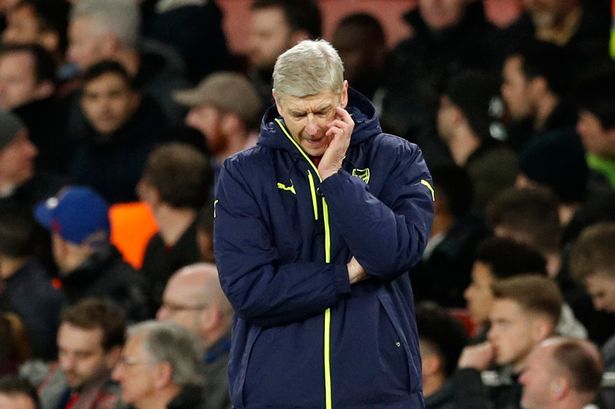 Arsene Wenger has been hit with a barrage of criticisms recently after his Arsenal squad floundered to back-to-back losses against Ostersunds FK in the Europa League and Manchester City in the Carabao Cup final recently, and Henrikh Mkhitaryan has called for his teammates to ‘fight’ for the under-fire French tactician.

Wenger’s future in the Gunners’ dugout is shrouded with obscurity after it emerged that the club’s board are allegedly planning to stage an end-of-season review to gauge an appropriate course of action if the north-Londoners are to move in the right direction, although the Armenian playmaker insists that it is a ‘pleasure’ to work with ‘Le Prof’, an influential leader which has shaped and moulded a number of world-class professionals’ careers.

Amid the growing speculation which is engulfing Wenger’s status at the Emirates, it’s believed that AS Monaco’s Leonardo Jardim, Celtic’s Brendan Rodgers and Joachim Low of Germany’s national fold have all been considered by Arsenal’s hierarchy to take over the hot-seat in the summer.

In light of the compelling uncertainty, ‘Micki’ – speaking to Sky Sports (via Goal) – said buoyantly:

“It’s not the easiest time for the club, but we are here to help, do our best, and put Arsenal on the level that it was before,

“I know it’s not going to be easy, but we’re trying, and doing our best.

“It’s a pleasure to work with [Wenger]. He knows a lot about football, he can give you good advice, and I’m very happy to be here.

“Of course it’s not very easy for him either, but we have to play for the club, play for him, because he is a big role model for this team, big person at this club, so we have to do our best to show we are ready to fight for him.”

Mkhitaryan joined Arsenal from Manchester United in a deal which saw Alexis Sanchez leave in the opposite direction in an outright swap, and Wenger also endeavoured to land club-record signing Pierre-Emerick Aubameyang from Borussia Dortmund.

‘Auba’ and Mkhitaryan shared the same pitch during their respective times at the Bundesliga club and formed a prolific partnership, however the midfield maestro insists that every member of the team, even the offensive contingent, has to dig deep defensively after conceding 5 goals in their last 2 outings.

“Every player has to defend,” he said. “It doesn’t matter if you are a striker, winger, attacking midfield, you have to defend, you cannot just defend with four or five players, the whole team must defend.

“I’m doing my efforts to help the team to defend, sometimes it can work, sometimes it doesn’t. But I always try to do my best for the team first of all, and then I’m thinking of myself. I’m not an ego player to think of myself first. Then when I get the ball I can create.”

Arsenal face City on Thursday evening in the Premier League, a prime opportunity to right a few wrongs at home after their crushing loss against Pep Guardiola’s men at Wembley, although they’ll have to approach the testing occasion with caution and vigilance, if Mkhitaryan and co. are to save Wenger’s blushes.