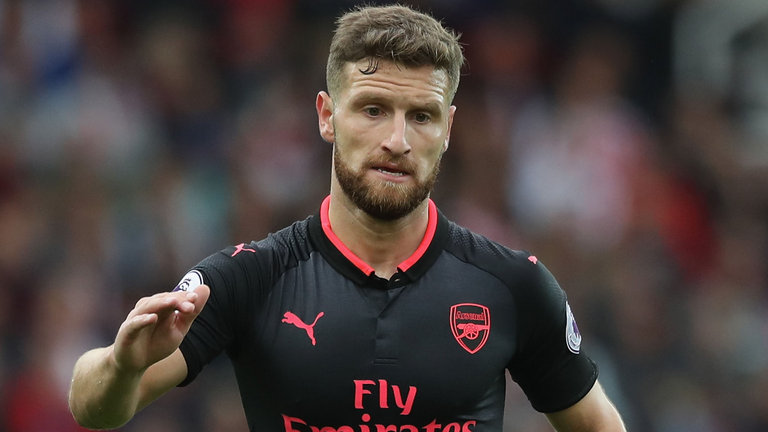 Shkodran Mustafi, amid Arsenal’s tepid performances recently, insists that the Gunners do not need to be told by ‘outsiders’ where they’re fundamentally faltering on the pitch as he and his teammates collectively understand where they have to be putting ‘things right’ already.

On Sunday in the Caraboa Cup final, Sergio Aguero brushed aside the German centre-half to slot home Manchester City’s first goal of three in the encounter and the north-Londoners’ defence, especially after a fragile 2-1 loss against Swedish minnows Ostersunds FK at the Emirates in the Europa League last Thursday, has been widely slated by the press and even the club’s avid fans alike.

Gary Neville issued Arsenal an incensed dose of criticism as he conveyed the encounter’s proceedings and Mustafi, who played under Neville at Valencia CF, was branded ‘pathetic’ by the former Manchester United and England right-back.

Mustafi would presumably be accustom to Neville’s scathing remarks, however on this occasion, the defender doesn’t ‘care’ about astringent opinions and also doesn’t want to ‘hear’ what irrelevant people are babbling about.

“To be honest when you lose a final, the last thing that you care about is what people say because you know you have been to a final, you lost the game and you are disappointed,” he said – via Evening Standard.

“Obviously it is nicer to talk about bad things than good things but it is nothing that is in the changing room because we know that we have to be professionals, we have to work on making things right that we haven’t been doing.