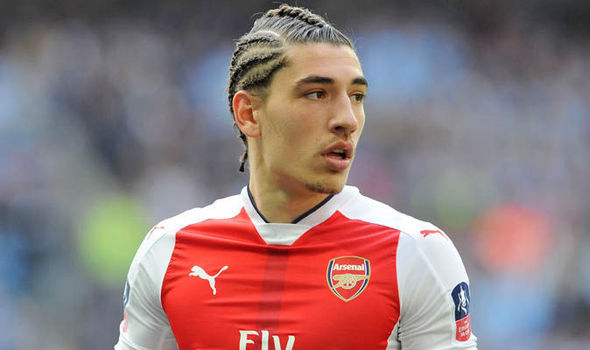 It’s believed that Arsenal right-back Hector Bellerin is considering his future at the club after enduring a torrid 2017-18 campaign at the Emirates, and according to a report published by The Guardian, Juventus are supposedly ready to splash up to £45m on the rapid defender in order to rekindle his stuttering career.

The Serie A giants have lodged their interest in the Spain international in the past as it’s said that they had a bid for Bellerin’s services rebuffed by the north-Londoners in the summer of 2017, although it appears that they’re preparing to knock on the door once again amid the supposed unrest.

Since joining the Gunners from FC Barcelona in 2013, Bellerin has become a staple member of Arsene Wenger’s match-day fold and was even named in the 2016 PFA Team of the Year, an inclusion which proves his underlying calibre on the pitch.

However after a string of unconvincing performances for his employers this term, criticism has befallen the 23-year-old and it’s alleged that the full-back may seek a summer switch away from the Emirates as it could benefit his development and confidence as an established professional.

Arsenal have always maintained that they’re reluctant to sell the agile defensive option, but with the Blaugrana and Manchester City also being amongst the growing collection of admiring suitors, they’ll certainly have to make Bellerin an offer he simply can’t refuse, if he’s going to pledge his future to the club.